Newts are salamanders belonging to the Pleurodelinae subfamily. They have four equal limbs and a tail. Although similar to lizards in appearance, they are salamanders instead. Newts have an extraordinary ability to regenerate their lost organs and parts like hearts, intestines, spinal cords, eyes, lower and upper jaws. They are native to North America, North Africa, Asia, and Europe.

Habitat: Where Do Newts Live

Newts live in humid lands with rocks, logs, and holes
nearby. Since they become aquatic during reproduction, some species prefer to
stay in slow-moving streams, otherwise pond, mountain streams, even flooded
meadows, marshes, and lakes are good for them.

Diet: What Do They Eat

The breeding season mostly start from June and last up to
July. Male newts deposit their sperm pouch known as spermatophore on some
floating objects like leaves in the water. Then
through some courtship periods, (the style defers from one species to another)
the male lures the female to accept the sperm pouch inside their cloaca (an
internal part leading directly to urinary, intestinal, and reproductive tracts).
Some species use their pheromones for attracting potential mates.

Post mating, female newts lay hundreds of eggs and then find
aquatic plants to attach the eggs with. The eggs have a gel-like exterior.
Sometimes, female newts coil themselves around the eggs for protecting them.

A few newt species are known to have an initial tadpole
phase, where they live as an aquatic species with gills and a fish-like
tail. Some of them remain aquatic
throughout their juvenile phase.

Following the tadpole phase, a few species go through
the eft phase. This is where they become terrestrial larvae. Some species which
are aquatic while they are inside the eggs and during the adulthood, might be terrestrial for this phase only.

Most adult newts with their legs and tails are flexible in
land and water at the same time.

Some newts are known to produce toxins to defend themselves
from predators. For humans, newts are poisonous if ingested. Although some newts are popularly kept as pets, thoroughly washing of hands after
handling them is recommended as they carry salmonella bacteria. 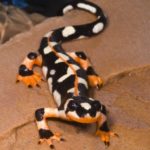 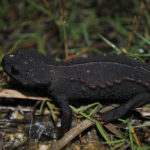 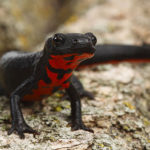 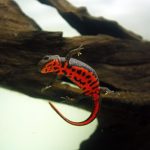 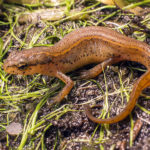 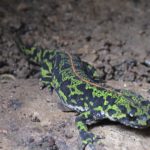 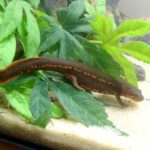 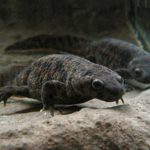 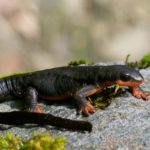 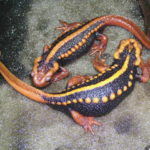 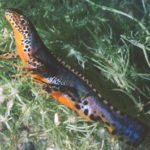