Not seeing a Scroll to Top Button? Go to our FAQ page for more info.

Salamanders are vertebrate animals that make up one of the most recognizable groups of amphibians found throughout the world. Their lizard-like appearance may often mislead people into thinking that they are reptiles, but they do spend part of their lives in water, which classifies them as amphibians. Depending on species, salamanders can breathe through lungs, their permeable skin, or through special membranes in their mouth.

Most species are about a few inches long, though some can grow up to 5-6 feet, with the Chinese giant salamander being considered the largest. Below is a list of all the extant types, except those in the Salamandridae or true salamander family, which are known as newts in a slightly contradictory way.

Habitat: Where Do Salamanders Live

Some salamanders spend part of their adult life in water, while others are completely terrestrials as adults, though all of them need water to lay eggs and reproduce. Most species prefer cold, moist environments, living near rivers, lakes, ponds, or around marshes so they can have quick access to water.

They are often most active during the night as the heat and light during daytime can dehydrate them quickly, especially the land dwelling salamanders.

Since all amphibians are cold-blooded, terrestrial salamanders do need to hibernate in burrows or under leaf debris during winter to keep themselves from freezing. Aquatic species may remain active underwater, as the temperature is always higher in deep waters. Some have been spotted to stay active in the depths of lakes and ponds even after their surface is frozen over.

Diet: What Do Salamanders Eat

These carnivorous animals feed on anything they can catch, from insects like beetles, and crickets, spiders, worms, maggots, and flies to snails and other mollusks. Larger species may even eat small frogs, and other smaller salamanders. The diet of salamander larvae include small tadpoles, water insects and other aquatic invertebrates.

Some populations may display cannibalistic habits as well, specifically during their larval phase, when they can feed on smaller larvae of the same species.

Salamanders have small sharp teeth on both their upper and lower jaws that help them snatch and kill their prey. Even their larva has tiny conical teeth. Adults make use of their sticky tongue to capture insects.

Mating can take place either in water or on land, and fertilization of the eggs is generally internal, but may be external in some species. After mating, the females lay small to large batches of tiny eggs in a concealed site in a quiet waterbody, like under a rock, or on the lower surfaces of water plants. The parents, usually the female, protect the eggs till they hatch.

Like in all other amphibians, the larval development occurs entirely in water, with the larvae breathing through gills till they complete their metamorphosis, when they lose the gills, and grow legs to move to land. Though some salamanders, like the axolotl, retain their gills and remain aquatic even when they become adults.

Lifespan: How Long Do They Live

Their lifespan varies from just a few years to 20-30 years, depending on their species, population, and size. Chinese giant salamander, the longest living member of this order, has an average lifespan of 50-60 years.

Medium to large fish, frogs, larger salamanders, snakes, turtles, birds of prey, rodents, and larger mammals are all known to prey on the small to medium species. Giant salamanders do not have many enemies in the wild, as they are often the apex predators in their food chain.

Apart from habitat loss and capture for the pet trade, additional threats like harvesting for food, and extensive use in scientific experiments are pushing many species, like the axolotl, on the brink of extinction.

Can Salamanders be Dangerous to Humans

Salamanders are generally not harmful for humans, as they tend to run away in case of a confrontation. However, being aggressive hunters by nature, they may bite when cornered, like the arboreal salamander. They have special poison secreting glands that release a kind of toxin when handled, which can cause skin irritation. Still, there is no serious threat unless you actually swallow a salamander, which may be poisonous.

The toxic skin secretion, while not seriously harmful in most cases, can cause vomiting in dogs if ingested. 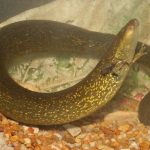 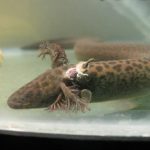 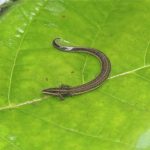 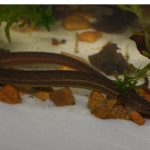 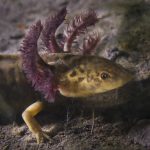 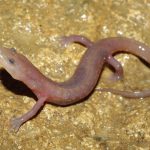 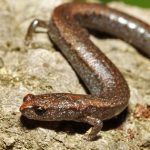 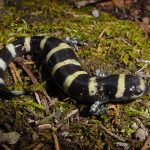 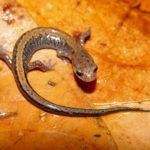 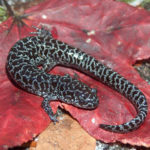 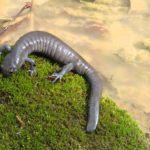 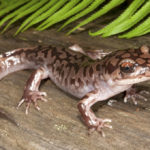